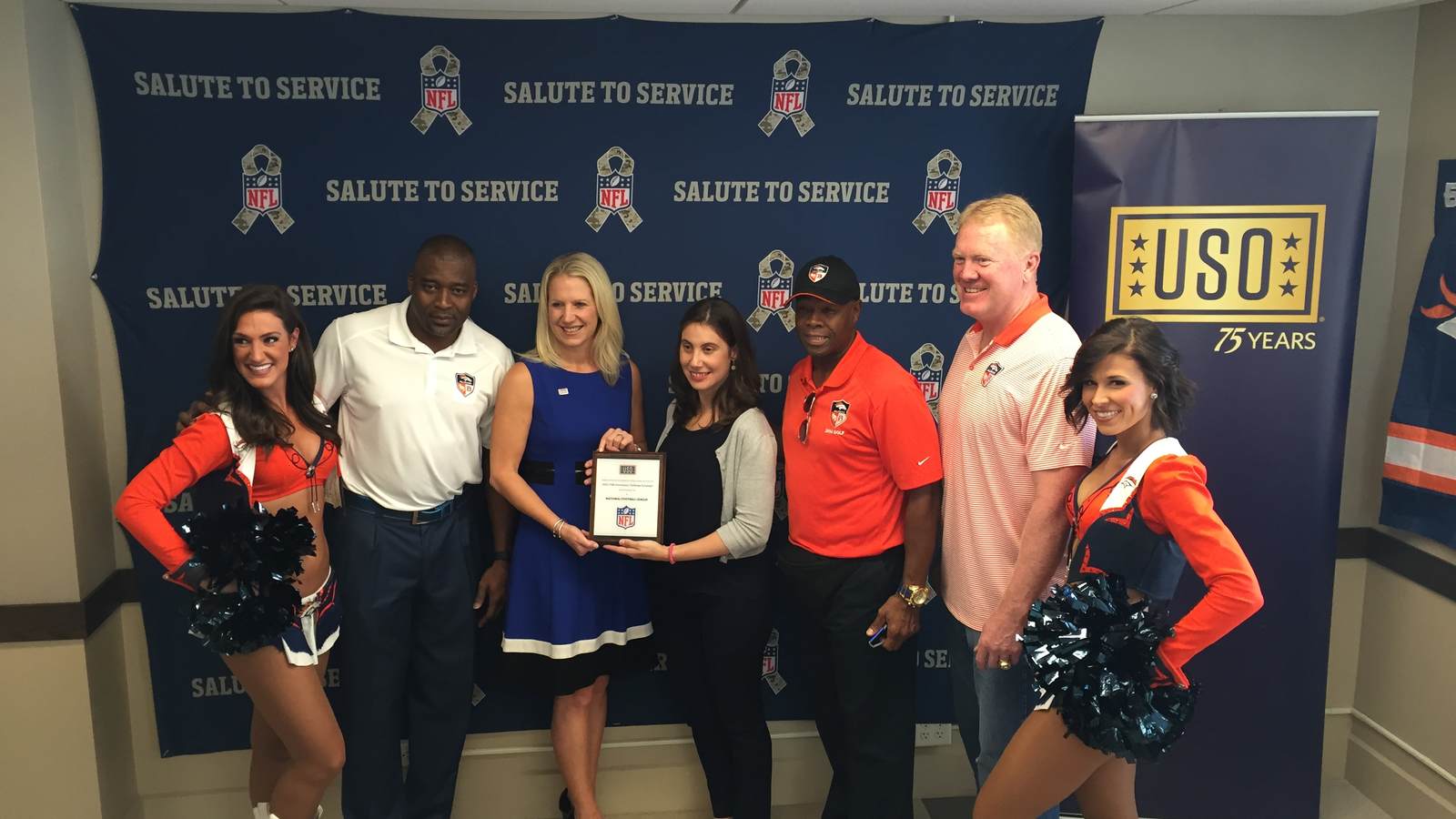 Denver, CO. (September 6, 2016) – The NFL today announced a new $5 million commitment to the USO, adding another milestone to the 50-year partnership to keep America’s service members connected to family, home and country throughout their service to our nation. The NFL’s contribution will support new USO programming, center expansion and renovations.

The announcement was made today at a tailgate-themed Kickoff event for military members and their families hosted by the NFL and USO at the new USO Denver facility, located at the Denver Military Entrance Processing Station (MEPS). Representatives from the NFL, USO, and the Denver Broncos took part in the celebration.

“We are proud of our 50-year relationship with the USO and what we have accomplished together. I have had the privilege of participating in our USO tours and experienced first-hand how much NFL football means to our service members overseas,” said NFL Commissioner ROGER GOODELL. “We are pleased to renew and strengthen our commitment to our troops and continue to give back to the men and women in uniform that have given so much to all of us.”

Over the past 50 years, the NFL has supported the USO in a variety of ways. The NFL’s latest contribution will aid new projects that will provide services and programs at more than 180 USO locations worldwide. This includes support for the USO’s Force Behind the Forces: A $7.5M Challenge Campaign, a new development and renovation project that will allow the USO to expand services to an additional 125,000 service members and military families.

“We look forward to expanding upon our 50-year partnership with the NFL,” said J.D. Crouch II, CEO and President of the USO. “This commitment will allow the USO to reach more service members and military families – ensuring they stay connected to the grateful nation they chose to defend.”

The NFL first teamed up with the USO in 1966 and became the first sports organization to send players to Vietnam and other parts of Asia. Since then, NFL players, coaches, officials and executives have made numerous USO tours, visiting troops around the world. The USO is one of three non-profit military appreciation partners the NFL supports through its Salute to Service campaign. Contributions from the league’s Salute to Service campaign have provided for the construction of new facilities, including the USO Pat Tillman Center in Afghanistan and the NFL Sports Lounge at the USO Warrior and Family Center at Walter Reed National Military Medical Center in Bethesda, Maryland, as well as services for military members and their families, including Operation Enduring Care.