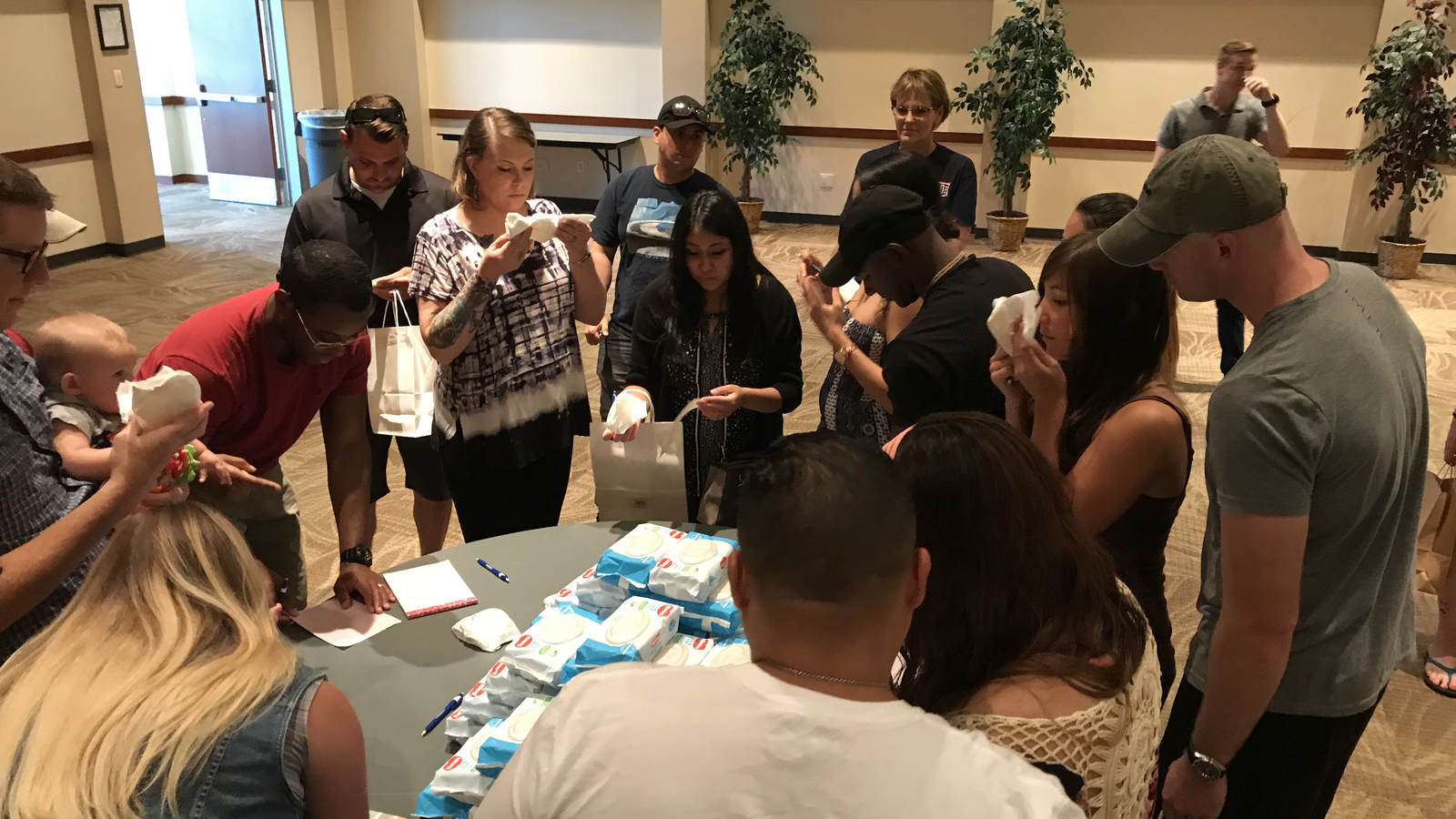 USO Denver hosted 71 military moms and dads at their Military Families Baby Shower on Saturday, July 14th. We celebrated over 40 new babies joining the military family by playing baby shower games with our volunteers such as: making a baby out of playdough, identifying the contents of a diaper by smell, and writing a bucket list for baby. Participants also decorated bibs, burp cloths, and made some diapers with quotes specifically for late night diaper changes. At the end of the event we all came back together, played one final game and we gave away almost $1,000 in baby related prizes thanks to our friends at Target!

Moms and Dads were caught on camera having fun and meeting new people. Most importantly, the USO connected these new parents with one another. There’s a saying that it takes a village to raise a child, and we know that military life can add some extra challenges to parenting as well, so connecting with other new military parents is even more important. Everyone was encouraged to meet new people throughout the event beginning with an ice breaker game with the goal of coming up with as many things the couples had in common as possible – the winners of the game came up with more than 20 things in common in only two minutes! We can only imagine how many they truly have in common; they’re a part of the USO’s family and the military family and that is always enough to find a new friend.