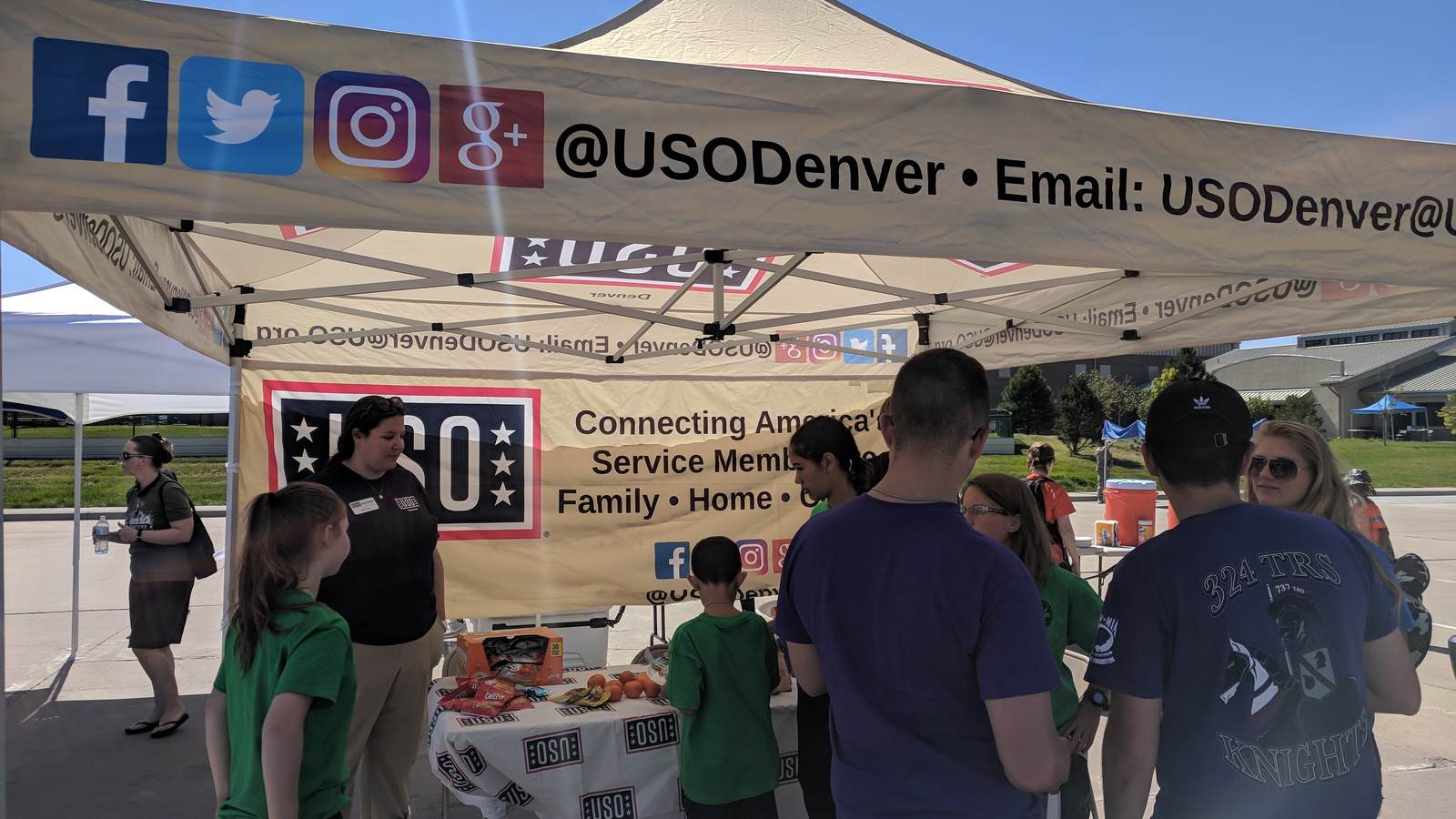 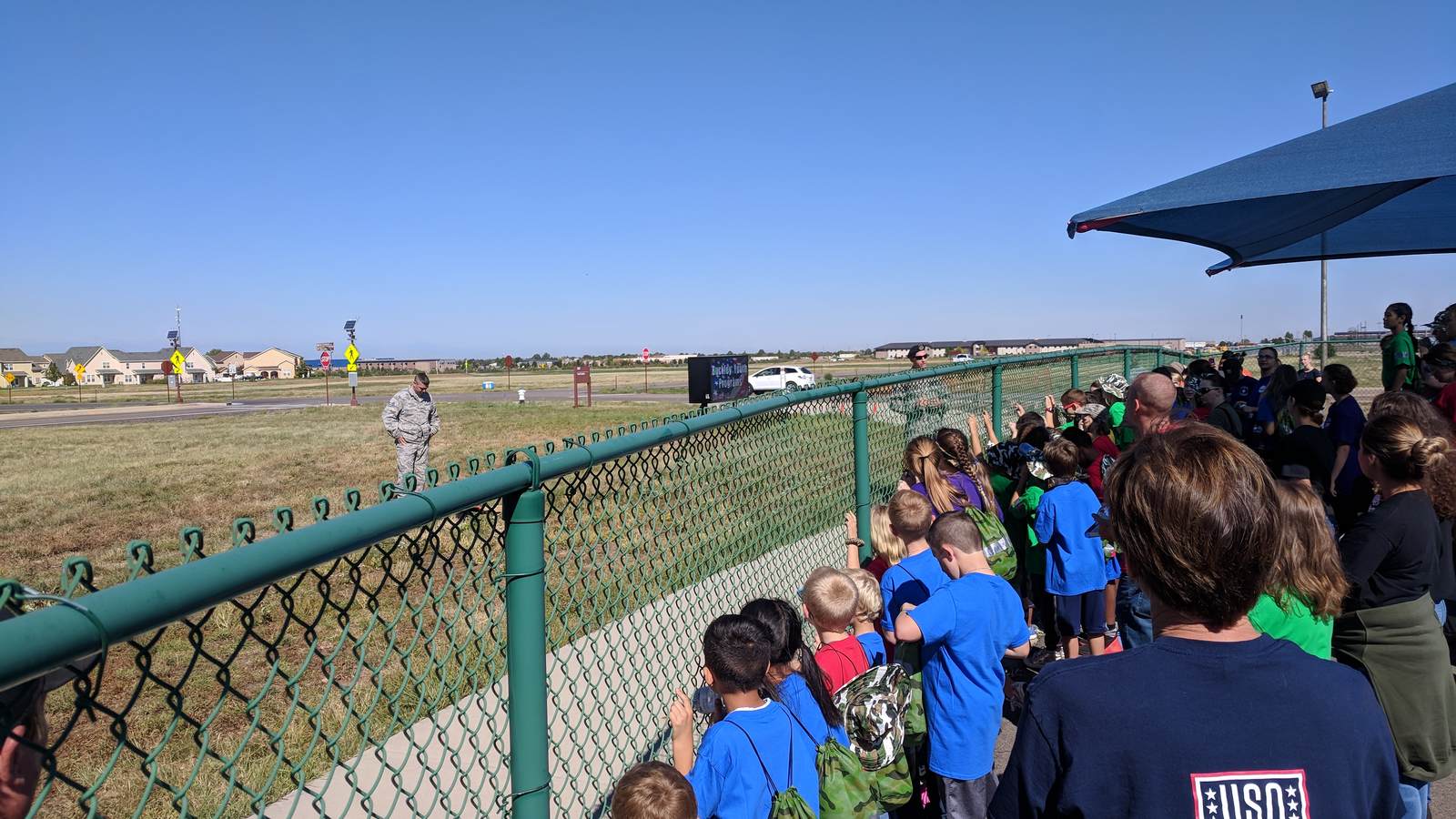 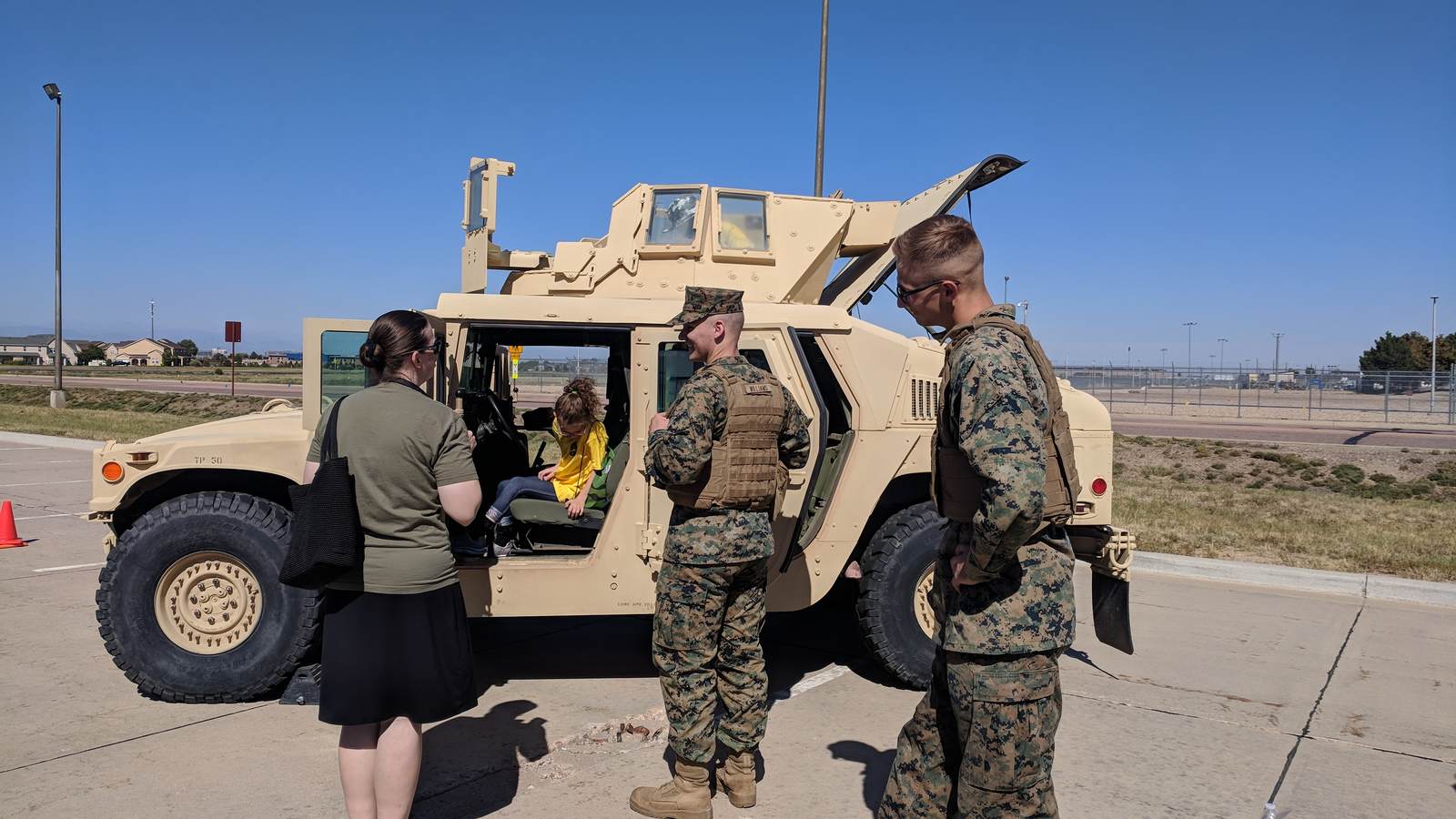 At 0845 on Saturday, 22 September the recruits began arriving for in-processing, basic training, tech school, in preparation for an upcoming mission. Sounds like a typical military activity, right? You might think so, but these recruits were 7-15 years old children of military service members participating in the annual Operation Future Forces (OFF) event at Buckley Air Force Base. OFF is an opportunity for military youth to experience what their military parent goes through to prepare for and execute a deployment exercise from taking the Oath of Enlistment, completing basic training to include physical fitness training and learning to march and salute, and then heading off to Tech School to learn important skills like combatives, medical aid, an overview of weapons and vehicle training, flag folding and stock up on supplies like MREs. All of this training was put to use after lunch when each unit deployed on a humanitarian mission to deliver medicine to a local village. Everyone came home safely despite encountering combatants along the way and were welcomed home by parents, families and the USO.

Throughout the day, USO Denver provided support in similar ways we support their parents. From the moment they join and take the Oath of Enlistment, throughout their time in service including a deployment and a homecoming, followed by their transition back to civilian life, the USO is always by their side as the Force Behind the Forces. For OFF USO Denver supported the kids, parents, and active duty volunteers with water, snacks, encouraging words, and recreational activities like giant games before participating in the Welcome Home Ceremony and assisting with the transition back to life as a military kid. We had a great time interacting with the kids and the volunteers!