Volunteer Stories: We Get to Meet the COOLEST People! 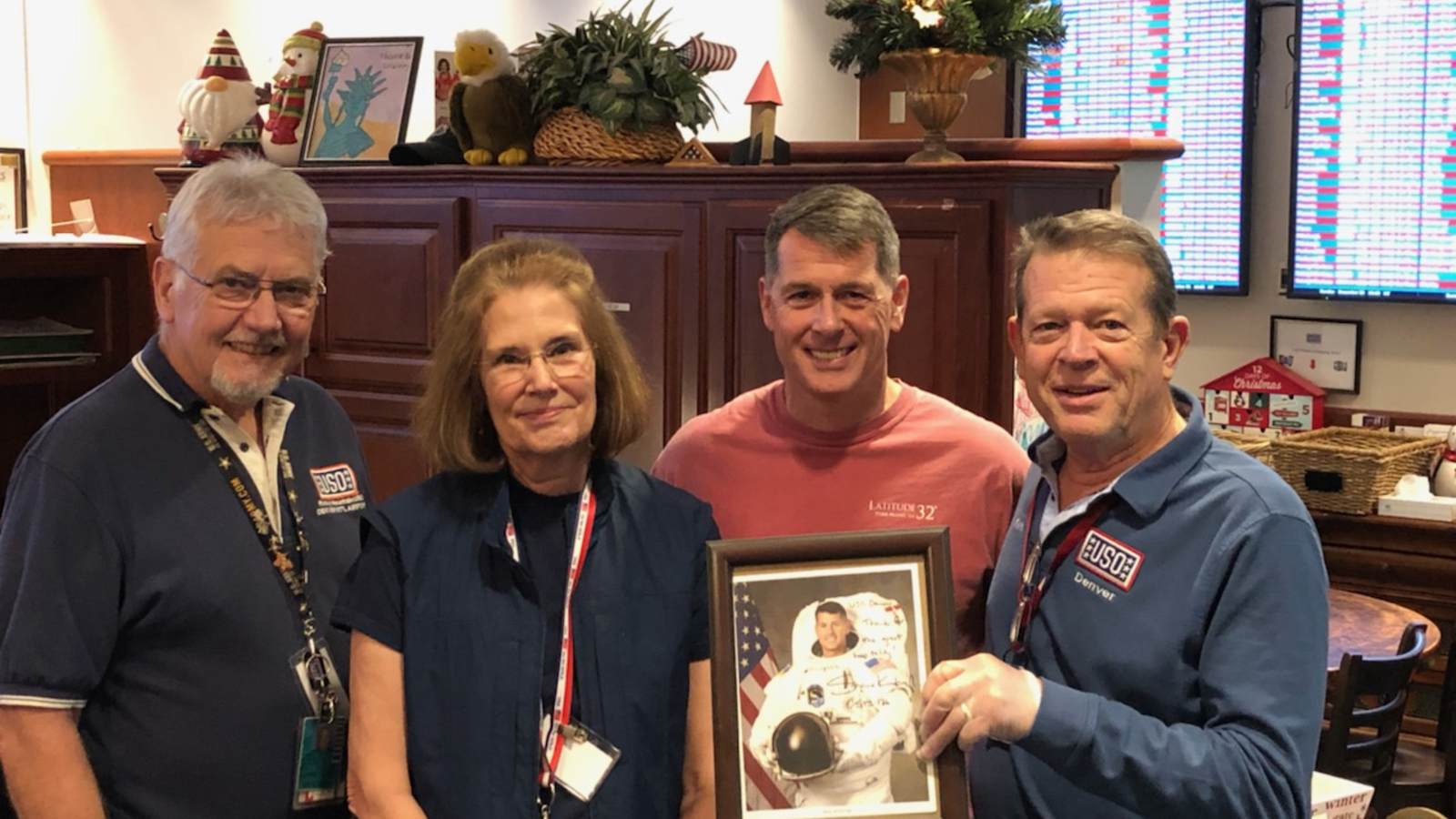 While volunteering with Tracy F. and Terry O., we had a really unique visitor. I was working the front desk, a young West Point cadet came in with his mom, dad & two sisters. He mentioned his dad was retired military (You’ll understand later why I categorize this man as unpretentious and humble.) His dad and I engaged in conversation and I learned that he had been an Army aviator and retired as a colonel, but was now working in Houston as a senior civilian with the Johnson Space Center.

Later in the evening, I was at the snack bar and had the opportunity to serve him (the dad) a hot dog, we re-engaged in our conversation and I then found out that as an Army major he had been accepted into the astronaut program where he spent the rest of his career. He had two flights/launches into space including one for 6 months on the US space station.

He then said, pointing up to the shelves behind the snack bar, “I think you might have a picture of me”. Knock me over with a feather, but near the US flag was a framed photograph of this gentleman. Truly not a bragging man at all. It was a pleasure to meet Astronaut Shane Kimbrough. He obliged my request for a photo with the other volunteers and what a fine individual and family. His framed picture has graced our shelves for many years and we enjoyed meeting him in person.

Connecting with military members and their families, and listening to their stories is one of the many reasons volunteering with the USO is important.